A downloadable game for Windows

A short first person psychological thriller experience which involves you to find the truth behind your death and the mysterious death of 4 other people. You as a  player explore the hospital which slowly deteriorates as you progress through the story. The hospital MC helps you progress through the game so plug in your headphones and pay close attention to what it has to say.

This is just a prototype so bugs are expected

Cheat codes if you get stuck or want to skip stuff:

LSHIFT+J - Force stage 2 on next corridor

LSHIFT+L - Force stage 3 on next corridor

Reply
Kit1 year ago
I totally screwed up and filmed in 720, but it doesn't diminish the enjoyment I had playing your game!
Reply
itspandabum1 year ago

Interesting concept unsure if I got the ending or it is supposed to be the way I saw it.

feel free to use the concept or make a video on it :)

This game was actually really good! I liked the concept and the little hallway puzzle. The name actually matched the ending perfectly. Great job!
Reply
Lucifer1 year ago (2 edits)

So, it was a pretty cool concept game and your thought process behind the game was really apparent and it showed the depth of thinking really well! The loop in a loop concept still is really cool to think about even after completing the game (I think I completed it at least.) Video below if anyone is interested!

The gameplay itself was really simple and was straightforward, and hats of to you for making the infinite hallway lop just so smooth and trippy at first. The 'puzzle' with the heads and the altar was simple and well mad enough to change up the gameplay a little and the ending was pretty cool actually.

My only suggestions would be to make the person on the speaker a lot louder as it's super soft, and I missed it at first and didn't know what to do because of that. Or another way of tackling it would be to maybe make them repeat the line every two minutes or something. Oh and at the beginning, maybe making the lock more visible on the chest would be a good idea; I was confused at first as to what to interact with.

Also I broke the game a few times because of a few bugs in there, so thought you might want to know about those... I somehow managed to merge the altar room and the very first hospital bed room together. And if the player moves at the same time as interacting with the lock, the get pushed back, and in one instance, I clipped through the wall by doing that.

Other than that, I think it was a pretty great and fun little short game and you did a great job on it!

Thanks for playing the game and letting me know about the bugs!

Sorry but I cant see your video btw

Sorry, I think I deleted it by accident. I edit my comment with the link.

I'll be straight up and start off by saying I was extremely dumb in this video, took forever to clue into the number I needed to open the lock and also finding the right doors to go into when it was obvious as days shows I was just being a big dum dum lol. But that outta the way. this was a fun n short experience. I enjoyed it for what it was and the short plot that it had was nice. I think I understood it? Not sure but I hope I did haha.

You did understand the story yeah. The heads you were picking were the souls of 4 people you killed during the heist

Thank you!
And I'm  glad I did understand it haha.

This was an alright experience!
At first I thought this was gonna be a pure trash game but it turned out to be better than I thought. The graphics are bad obviously but it didn't bother me too much. I care about atmosphere more. The atmosphere in this game was actually pretty okay. I was wondering through the hallways and rooms and I thought this was just gonna be like a P.T. thing but with only the first room and infinitely long. And then I heard this guy saying "Patient 1324 please..." the voice how it's edited was very cool! I like such weird edited voices. I didn't get the hint at first but got it after a minute. Since then the game started to get really good. It was more interesting. I didn't quite understand why we were there? Yes a car accident happened but there is not much backstory or did I miss something? Are those four heads the death victims that I killed when I cause the car accident? That's what I think. It's a pretty basic story but cool nonetheless.
So when it said "YOU ARE PROGRESSING TOO FAST" I kind of got chills a little bit because it was just a weird message to me... why would the game tell me that? And also the even weirder and scarier voice "Patien 1324...." did really really good to the atmosphere.

So overall pretty okay but I think that someone peeking around the corner of the hallway(s) would have been really REALLY cool, without a sound or anything. Maybe you could do that and say that those were the victims that died in the car crash, that they haunt me in the afterlife now?
That's my idea for a little bit more horror. ^^

Thank you for this experience!

Btw yeah the story is that you were involved in a heist where you killed 4 people and died yourself. You were brought to that hospital and you died there, so you are trapped there forever. And yes the 4 heads you place are the people you murdered.

The text "You are progressing too fast" is because the game pauses till the dialogue of the hospital MC ends. I think we should change it to something else as it sounds a bit confusing

Game's ok and it reminds me of the impossible staircase.(Penrose's stairs) Though I wish the third stage had a bit of consistent lighting.

Here's my channel for other games I have played. http://www.youtube.com/c/Levont

Thanks for playing the game and the feedback

This was pretty good! I wish there was more to explore. I hope there's some sort of extension or sequel!

Though the gameplay may seem simple enough with puzzles that don't give you a headache, the story was what took me by surprise. It was really well executed. Well done dev!

thanks for playing Purgatory- Can't escape!

Pretty compelling for its length. Honestly, it felt like it was really building toward something and I was excited to see what, I suppose there shouldn't be consequences as you can't actually escape but I'd have loved to see a real threat materialize.

Thanks for playing the game and the review :)

Liked the concept and the gameplay! I love games that you can just go infinitely! Here is my gameplay

thanks for playing the game :)

I got a little confused with this game and ngl got triggered but over all not a bad game and I had fun with it!

Thanks for playing purgatory!

The game was really good and creepy! I love the concept that there is no escape and it just keeps looping over and over! Very good game! Check out the gameplay and Subscribe:)

I love the idea! There is so much potential in this little game! Can't wait to see more from you!

I really enjoyed this, very different idea which I loved! I’m not gonna lie I was very confused hahaha especially when it started over again I was like, wait what, I think played through it three times hahaha! Well done keep up the great work!!

Here is my gameplay :)

This was a cool concept and you've executed it well! I would have maybe liked the head puzzles to be a little different from each other but aside from that I loved this!

This is pretty cool, man. I wish it was longer because I think it has a lot of potential. Keep up the good work!

Very good game. I like how everything has is actually purgatory. I hope I didn't miss anything. btw if you are interested, here is video:

This game really took me by surprise. There was a lot more depth to this than I was expecting! Some light puzzle solving brought the experience together, and the story was pretty interesting. This was great!

thanks for playing the game

glad you enjoyed it :)

Hey there! thanks for recommending this game i really liked it, love how every door leads to the same place i was so confused at first haha great job! here is my gameplay i hope you enjoy it  :)

Reply
drunknhippo1 year ago
This was for sure a strange one but I enjoyed playing it! ran in to a few bugs which I kept in the video but nothing to crazy for a prototype. Yes it was short and the only thing I can think of would be to add more to the story from the description of the 4 people. The voice acting gave this great immersion and it played pretty smooth, so I have no complaints really. I feel like you could add more to the suspense/thriller, as in it feels a little empty so pack some stuff in haha. Overall i think youre on the right path, great job! side note I honestly dont know if i missed anything.
Reply
Abhinav Saha1 year ago (1 edit)

Thanks for the video and the critique!

And no u didn't miss anything haha

Glad u liked it

You asked me to play your game and I did great work on this game bro.

thanks for the video!

don't know what happened at 7:50 but it is an experience worth playing again

Glad you liked the game :)

undoubtedly, one of the weirdest games I've played.

Hello, I played this game and I liked the style of it although there were some bugs which are expected since it's a prototype, I didn't really know how to solve the 3 digit code but I just randomly got it, over all it was a cool little demo game, good work :)

Btw for the lock the note said "Devil's number can helo u out of the room" the devil numbers is 666. The backside of the note also had 666 printed all over the page so that was the hint 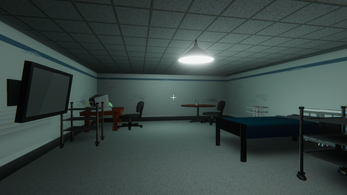 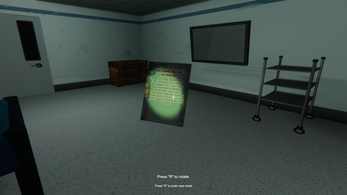 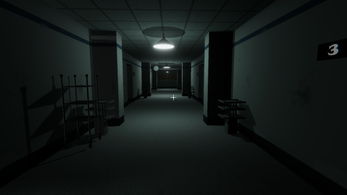 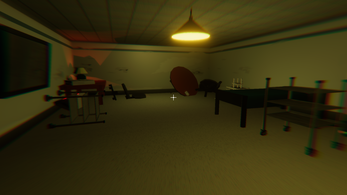 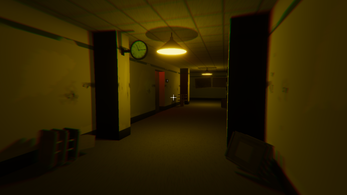 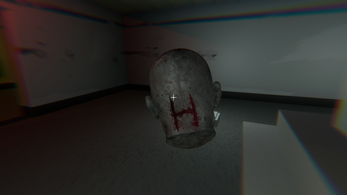 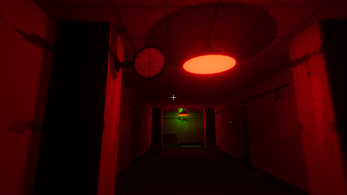 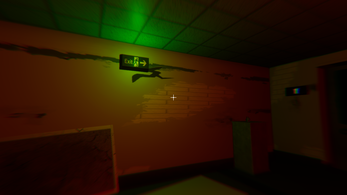 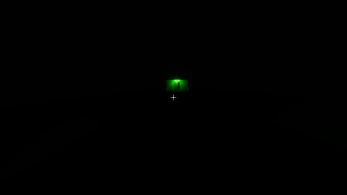 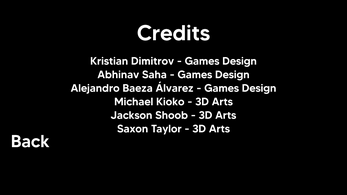